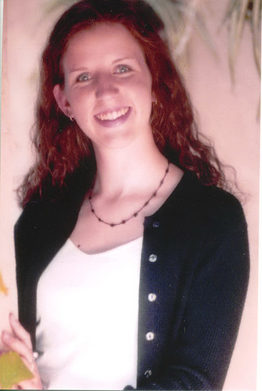 Written by Lauren’s older sister Kristin and brothers, Matt and Josh
Lauren Dawn “Lulu” Townsend was born on January 17, 1981, nine and a half weeks  premature, in Littleton, Colorado.  After a month-long struggle to bring up her weight and her appetite, Lauren was allowed to leave the hospital for home.  Her small size and frail limbs were worrisome at first, but, as she began to grow, her strength, charm, and tolerance of tough situations became evident.
She loved to be dressed up by her big sister.  Her interest in the latest fashions and glamorous movie stars came at a young age.  Her sister, along with her friends, often put on fashion shows for her brothers, parents and neighbors.  She loved to read and learn, especially when it was structured by her oldest brother, so her ease in academics was not a surprise.
Her family was very involved in all kinds of sports so it seemed natural for her to be involved herself.  She faithfully attended all her siblings games but would be found more often with her head in a book rather than watching a game. Often she came up to them afterwards saying, “G ood job!  Did you win?”  After watching so many games, it was only a matter of time before she started playing on her own.  Since her mother and sister were already involved in volleyball she also became involved at the high school level as well as playing for a competitive club.  Through volleyball she learned to be a leader, a team player, and a disciplined worker as well as knowledge and skill in the sport itself.  She played for three years on the varsity team (lettering two of those) and was named co-captain of the team her senior season as well as being selected  2nd Team All-Conference. 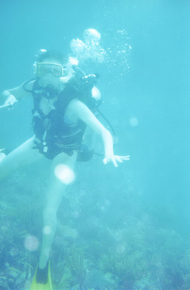 Lauren loved traveling. In the summer of 1998 she journeyed to Puerto Rico with her brother Josh, sister Kristin, and mom where brother Matt was researching.  Matt taught his siblings to scuba dive and Lauren discovered a new undersea world of animal life.  Before her murder Lulu realized a lifetime dream by traveling to Europe over spring break.  She toured through Scotland and England for ten days with fellow students in her Advanced English class and sent back postcards filled with excited stories of her trip.

This was just one of the advanced placement classes Lauren had; she also took A.P. Biology and Calculus.  Even though she was involved in extra-curricular activities and had recently received two academic scholarships to Colorado State University, Lauren continued to strive for a perfect grade point average.  She graduated posthumously with a perfect 4.0 grade point and as a valedictorian.
Amongst all these achievements Lauren had a pure and simple soul and wanted to be the best person she could be to herself and the people she loved.  Her goal each day was to make someone laugh and make that person feel better.  She loved God. She loved people.
We love you, too, Lulu.
Lauren loved all animals and nurtured that love through her work at an animal hospital/kennel.  She also had many pets including two dogs, gerbils, hamsters, a baby chick and several fish.  She hated the thought of anyone doing harm to God’s  creatures and felt we should all do what we can to protect them.  She even captured spiders in the house and released them alive outside! 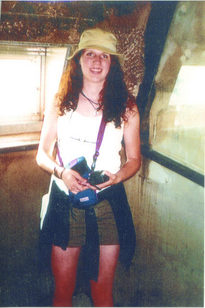 In the months before her murder Lauren drew a picture of what she wanted to see when she died. She had written in her diary that she was not afraid of death only afraid of what that actual moment might be like. Here is an excerpt from her diary and what we decided to place at the Columbine Memorial in her own words...

“A woman in the middle of a field of flowers kissing Jesus’ wounds.  I didn’t think I could draw such a beautiful picture.  I did tonight.  It took me only two hours.  I think something was guiding me other than just my hand.  That is my dream.  When I die, I want to wake up in a field of flowers and see Jesus sitting there smiling, happy to see me, holding my hand.  Then, I want to kiss his wounds.  Maybe it sounds corny, but I can’t even describe how happy I would be if I could do that.  Then I’d hug him, he’d kiss me on the forehead, and we’d just sit there hugging in the sun with the wind blowing in our hair.  The wind is God because God is everywhere.  Just that moment is worth living many lives for.

I feel so peaceful, calm, joyful, like I’m on the verge of enlightenment. I do think humanity is losing touch with itself , the nature of their relationship with their surroundings. Unfortunately, it usually takes a huge trauma to get people to realize what’s important, and I feel that what’s going to happen to wake up everyone...to get in touch with their spiritual sides.  For in the end, all there is is love.” 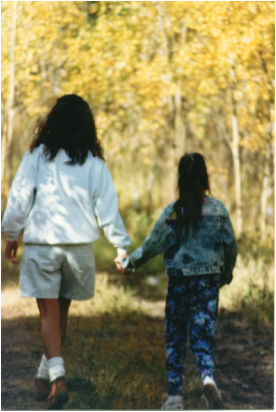 For Lauren we have established the Lauren Townsend Memorial Fund. It is sheltered under the Denver Foundation and can be found by going to denverfoundation.org.  We would GREATLY appreciate a link from Ms Winfrey’s website.

As of this year we have given $150,000 in wildlife grants and scholarships in our Lulu’s name, continuing to do the work we know she would want to be doing. We have been happy to grant money to no-kill shelters, wildlife habitats and various wildlife groups as well as scholarships to students, focusing on those with financial needs. It has been an honor and privilege to continue this in Lulu’s name.

The hole in my heart NEVER gets smaller but by doing something everyday to help someone else my heart grows bigger...Then, the hole doesn’t seem so large.
Thank you, for remembering our Lulu. Please make her proud.